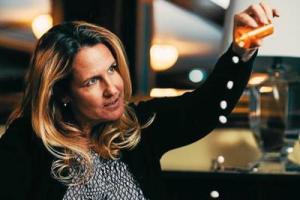 Excellence, bred from assurance, has become a constant in Philadelphia theater.

Gone, in particular, is the self-consciousness that plagued the early years when Philadelphia morphed from a touring town to one that boasts several dozen homegrown theaters, a cadre of able actors, and the confidence that puts all of the above to good use.

Artistic directors have the grasp on the classics, the knowledge of the general dramatic literature, and a pipeline to new work that precludes former habits of mounting old plays by writers with current New York hits, mitigating classics with gimmicks, or taking any script that came down the pike to be able to stage something new.

Philadelphia today can compete with any city in the world for theater distinction.

Reviewing my annual and seasonal diaries proves that. Ranking shows is not a cavalier act. A lot of thought is put into gauging not only the quality of a production but its difficulty to stage and its originality.

Of the 100 shows considered for the Philadelphia Theater Critic’s Award, more than two thirds could be seen again with pleasure. One regret about theater is it is ephemeral. You have to see it when it’s there to be seen or, poof, it’s part of history and someone else’s conversation.

Of course, that sense of the temporary is also one of the marvels of theater.

You never know what you’re walking into when you enter a playhouse. You never know what will transpire when that music goes down and the lights go up. Each performance carries its own surprise, and each curtain its own feeling of having had a unique experience.

As I said earlier, judging and choosing are not light work.

Sure, they can be. I am particularly careful to let things be as they are. As a critic, I’ve been asked what I look for when I see a play or performance. The answer is “nothing.” I let the production find me and work from there. In most cases, I am happy to have a playwright, director, and cast create an individual experience. I don’t go to the theater to criticize or rate it, or to be edified or informed by it, although it’s fine if the latter happens. I go because I enjoy theater. I go because one of my first conscious realizations, at about age 4, I loved actors and acting. (I collected TV Guide covers like other kids collected baseball cards.) I go because I like being entertained. I go because I get to see different points of view and different ways off staging a script. I go to be exposed to hundreds of minds a year, minds of creators and interpreters. My hope is I can contribute something by stepping forward to take the role of analyst. 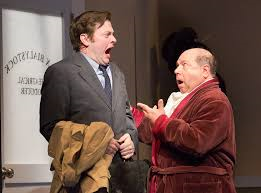 It’s not the competition that excites me. It’s the celebration of something that is both art and craft and that gives individuals a chance to shine while asking them to blend into an ensemble. One of the great memories of a recent trip to London, a trip that included the amazing experience of going to the National Theatre and sitting next to a total stranger who happened to be from Philadelphia originally, who happened to live on the next street from where I grew up, and who happened to have a picture of my late sister in his phone, one of the great memories is seeing Patti LuPone, arguably among the most lustrous and adored stars of our time, hoofing in unison with other cast members and, between bravura moments, blending into the ensemble in “Company.”

Actors are troupers. They overcome all kinds of emotions to step on stage and charm us as somebody else. They have to know how to convey behaviors, attitudes, and postures that aren’t theirs. They have to say lines that might at times stick in their throat because of their difficulty, unnaturalness, or nastiness. One “Rigadigadoo” from Frank D. Gilroy’s “The Subject Was Roses” comes to my mind as just a phrase.

Yet performances enchant just as playwright’s stories, ageless or idiosyncratic, beguile in a way that makes one yearn for more.

It is no secret my appetite for stories is endless. I see more than 100 plays a year (100 in Philadelphia alone!), I go to as many movies, I watch countless television shows, and I read an average of 35 books that span a wide range even when it looks as if I’m fixated on non-fiction works dealing with my darling historical periods, the American Revolution and the years leading to, during, and just after World War I. 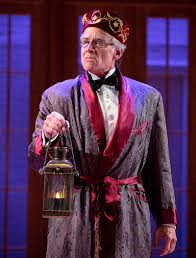 Stories inform us about humanity in myriad ways through myriad means. Stories lead to our personal points of view and inform in them in ways that, one hopes, avoids us from developing herd mentalities or being populist in a way that puts political or artistic fashion ahead of what the overall sum of our reading is the wise and elemental course of action.

I love stories and the people who tell them. So much, I keep voluminous diaries about what I see and read. And I haven’t mentioned dance programs and the almost constant presence of music around me. (Ah, Mahler and Shostakovich, the rods and the staffs that comfort me! You, too, Comden and Green!)

I like to talk about what I experience, but my life, for many reasons, most intentional, is solitary. So I address the world through writing. I speak my mind as accurately as I can. I don’t pretend to be right. I rarely consider myself wrong. Nor do I worry much, or even care, whether others agree or take offense at something I say. I’m a guy having a good time on my own terms.

And one who likes to make lists and confer honors.

So here those honors are.

Ladies and gentlemen, the recipients of the 2018 Philadelphia Theater Critic’s Awards are:

And now the TOP 40 rankings in each category.