News from the Avenue — The Vogel Collaboration 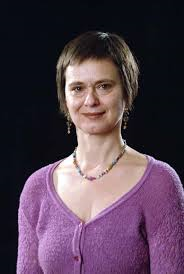 The Wilma put itself on a heady course when it scheduled two consecutive world premieres for this winter. Think of all the questioning and honing and testing that may go into that process.

While Lisa D’Amour’s “Cherokee”  (see NealsPaper review) continues to Saturday, Feb. 8, Wilma artistic director Blanka Zizka has involved the actors she cast in the next world premiere, Paula Vogel’s “Don Juan Comes Back from Iraq” in developing the play with her and the author.

The concept is pretty exciting as the actors not only originate their roles but give Vogel, one of the more important playwrights of our time, a chance to see and adjust her script while they consider the various aspects of their characters.

The actors involved as Keith Conallen, currently on People’s Light’s stage as Oswald in Ibsen’s “Ghosts;” Sarah Gliko, who had a wonderful recent turn as the governor’s wife in “Parade” for the Arden; Lindsay Smiling, a Temple alumnus who always brings something extra to productions; Melanye Finister, who has done a panoply of fine work at People’s Light; Kate Czajkowski, who made an impression in the Wilma’s “Our Class;” Yvette Ganier, Hannah Gold, and Brian Ratcliffe.

Vogel bases her work on Odon von Horvath’s “Don Juan Comes Back from the War,” set after World War I and featuring a soldier who returns to Berlin after years of fighting and searches for his love while realizing time and battle have altered his appetite for romance. Vogel’s play in set in America during contemporary times. Her Don Juan is a marine returning from Iraq and looking for the woman he left behind.

The show has another month to germinate. It runs at the Wilma from March 19 to April 20.

Don Juan will be a double visitor to Philadelphia during that period. Right after the Wilma finishes its run of  Vogel’s “Don Juan Comes Back from Iraq,” Opera Philadelphia opens Wolfgang Amadeus Mozart’s classic take on the Don Juan legend, “Don Giovanni” for five performances from April 25 to May 4 at the Academy of Music. Elliott Madore sings the title role while Joseph Barron appears as Leporello.  Michelle Johnson is Donna Anna, Amanda Majeski is Donna Elvira,  Cecilia Hall is Zerlina, and David Portillo is Don Ottavio. Nicholas Masters will issue an invitation to Don Juan as The Commendatore. Wes Mason is Masetto. George Manahan directs while Nicholas Muni directs.

THE FLIP SIDE OF ‘PHILOMENA,’ “BEAUTIFUL BOY’ AT WALNUT DEPICTS SON’S SEARCH FOR PARENTS

Philadelphia must have world premiere fever. In addition to the activity at the Wilma, the Walnut is staging the first-ever production of Eric Conger’s play, “Beautiful Boy” in its black box Independence Studio on 3 from February 18 to March 9.

Conger has been lucky enough to have two of his plays debut at the Walnut. His show about men in a college fraternity, “The Eclectic Society” had its maiden run on the theater’s mainstage in early 2010.

“Beautiful Boy” is about a young man’s search for his birth parents following the deaths of his adoptive parents. His quest takes him from Missouri and Connecticut and involves suspense as well as comedy.

Jeffrey Coon will play Billy, the boy who seeks to find the truth of his lineage. Coon has had a remarkable season to date in the Arden’s “Parade” and in People’s Light’s “Cinderella: A Musical Panto.

Joining him in the Walnut’s intimate space are Carla Belver in a dual role as Sister Richie and Vickie; Alicia Roper in three roles, Rita, Angie, and Sister Margaret; Elena Bossler also doing a triple header as Deirdre, Bonnie, and a clerk; and Philip Brown splitting in three as Carl, Bernard, and a clerk. David Stradley directs.

ZAK-PAC is an entire weekend of theater training for young people who are in grades 7 to 12 and have an interest in performance whether it’s in school productions, community theater, or the big time.

Zakarak Productions, based in Wallingford, Pa., has scheduled March 1 and 2 for its next ZAK-PAC session, during which participants will work on several performance skills such as Drama and Acting, Dance and Movement, or Speech at various levels , beginner to advanced, or based on the student’s grade in school. Each participant can choose up to five master classes over the March 1-2 weekend. These will be taught by people with national stage and television credits as well as stalwarts from local stages such as Jeffrey Coon, Peter John Rios, and Neill Hartley. Composer Michael Ogborn is also among the instructors.

One featured guest is Delaware County native Monica Horan who played Robert’s (Brad Garrett’s) wife, Amy McDougall-Barone, on “Everybody Loves Raymond.” Another is Kiira Schmidt who appeared on Broadway in recent revivals of  “The Mystery of Edwin Drood” and “Follies” and who was a co-choreographer for the NBC television series, “Smash.”

The weekend includes competitions in acting, dance, and voice. Winners receive a head shot session and photo package from Wise Man Productions. A Grand Prize winner, chosen from the leaders in each of the category, will get to spend a day backstage in a professional theater with Jeff Coon.

Theater veteran Julianna Schauerman is President and Founder of Zakarak Productions, which has been in existence since 1988.

ZAK-PAC will be in session from 9:30 a.m. to 5 p.m. March 1 and 2 at the Stage One Performing Arts Complex at 101 Plush Mill Road in Wallingford. The fee for the program is $200 which includes five master classes. Information can be found at www.zakarakconventions.com.

Donna McKechnie, who cemented her status as a Broadway legend when she originated the role of Cassie in the musical, “A Chorus Line” is one of the headliners bringing the music of the show’s composer, Marvin Hamlisch, to the Philly Pops audience at Verizon Hall in the Kimmel Center from March 14 to 16.

McKechnie will be joined in the Hamlisch tribute by Jodi Benson, who originated the female lead in Broadway’s “Crazy For You” before which she voiced the part of Princess Ariel in the 1989 Disney cartoon, “The Little Mermaid,” the  animated feature that restored cartoons to the status of major releases and set Disney and other studios on a course that led to a slew of fine animated work. Also featured is singer Doug LaBrecque, who has played both the Phantom and Raoul in the Broadway production of “The Phantom of the Opera. All three are Hamlisch favorites who worked directly with the composer.

For the Hamlisch show, the Pops will be conducted by Larry Blank, who was the composer’s choice to conduct his concert and who served as conductor for another Hamlisch Broadway hit, “They’re Playing Our Song.”

Hamlisch at one point was rumored to be Pops founder Peter Nero’s successor as music director and conductor of the ensemble. He passed away before such an arrangement could come to fruition. It is fitting the Pops do a show that memorializes the wonderful contributions Hamlisch made to music at all levels.

A Vermont community center announces an acting class, and attendance is potentially a life-changing event for the characters in Annie Baker’s play, “Circle Mirror Transformation,” taking stage at Norristown’s Theatre Horizon from February 20 to March 16.

Matthew Decker directs a production that features David Bardeen, Kim Carson, Nancy Boykin, EmilieKrause, and Bob Weick. Bardeen was a regular on the Philadelphia theater scene for several years before he went to Los Angeles and appeared in several movies and television shows. He made a notable return to the area in New City Stage’s “Frost/Nixon” and will play one of the fledgling actors in Baker’s play.

Prolific Neil Simon wasn’t always content to write one play at a time. For his various plays set in hotels in major cities — “Plaza Suite,” “California Suite,” and “London Suite,” he wrote a triptych of comedy, three short plays for each venue. The nine plays give directors a chance to pick and choose and combine one-acts as they like under the title, “Hotel Suite.”

At Ambler’s Act II Playhouse, artistic director Tony Braithwaite, plunked “Hotel Suite” in the middle of theater’s season, and he and/or production director, Matt Silva, made excellent choices from among the Simon skits available.

Braithwaite and Tracie Collins will play New York parents whose daughter, Mimsey, locks herself in a Plaza Hotel bathroom just prior to the expensive wedding the folks have arranged is about to begin. Karen Peakes and Leonard Haas play a British couple attending the Academy Awards on a night when one of them is nominated for an acting award. Janet McWilliams plays Mimsey and others.

Frankly, I can’t tell from the information I have at hand what the third one-act will be, of if Act II is doing three. If memory serves, the British couple make a re-appearance in “London Suite,” so Peakes and Haas may be doing a double header when Act II presents “Hotel Suite” from February 18 to March 16.